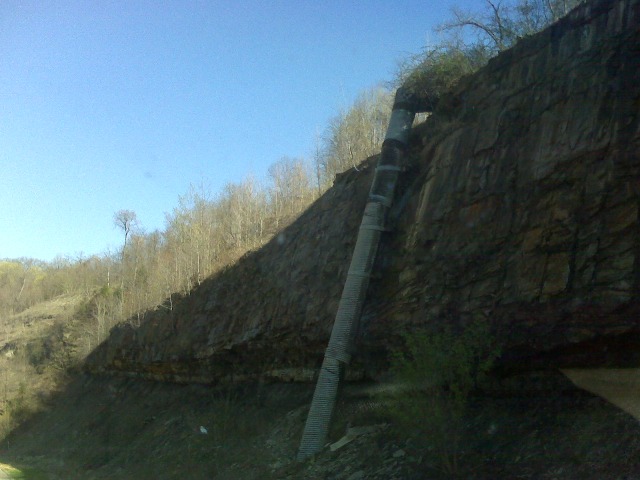 A view of the rock face from the roadway prior to the beginning of construction. JWC was contracted by the Ohio Department of Transportation, through the City of Steubenville, to perform an emergency project to reduce the chances of rock slides from the existing hillside. 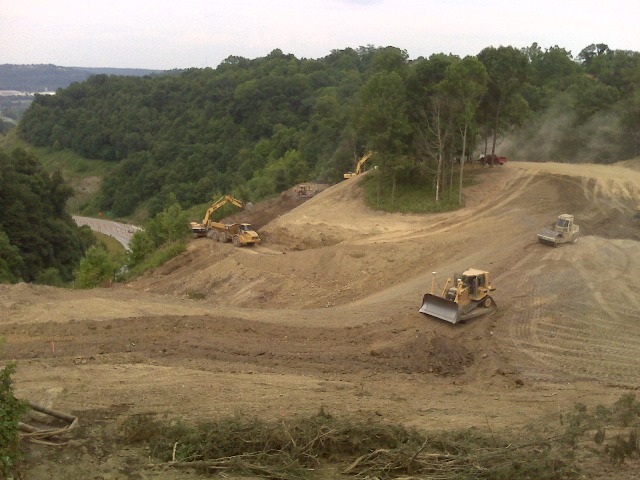 A view of the excavation operation from the hilltop. Work was performed 24 hours a day, seven days a week while maintaining traffic to complete the project under budget and within the time constraints allotted by the nature of the project. 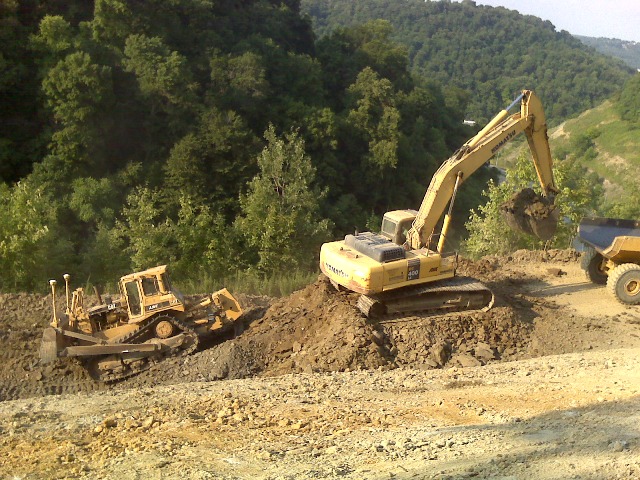 An up close view of part of the excavation process. 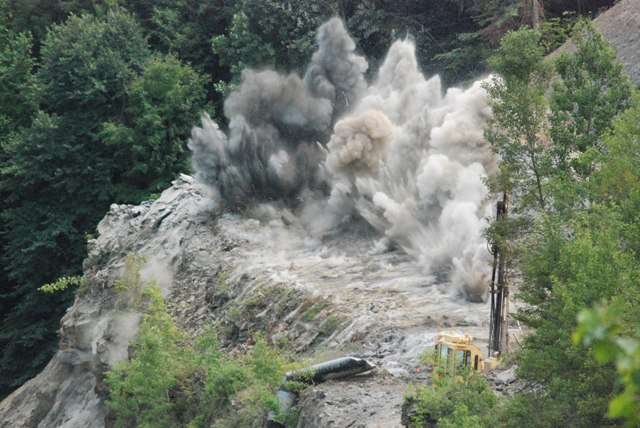 This is a view of the second of four blasting operations. Senex Explosives of Cuddy, PA was subcontracted for the blasts. 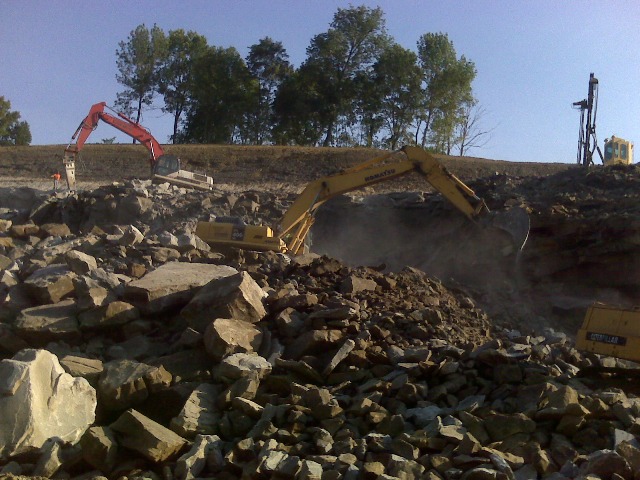 This photo shows a portion of the rock debris removal after the second of four blasting operations. 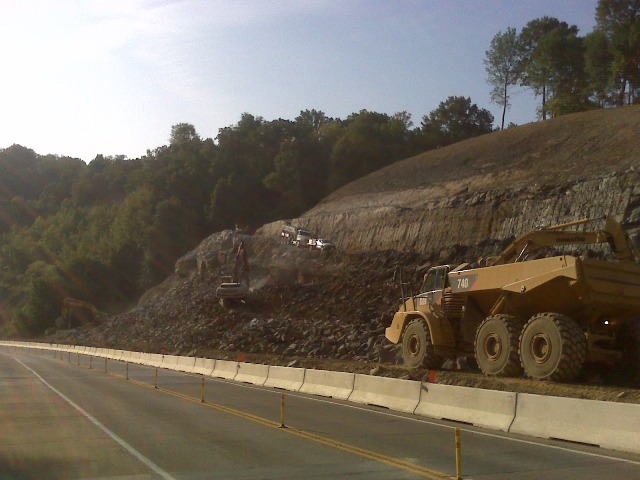 A view from the roadway of the rock removal process. This was taken after the third of four blasting operations. 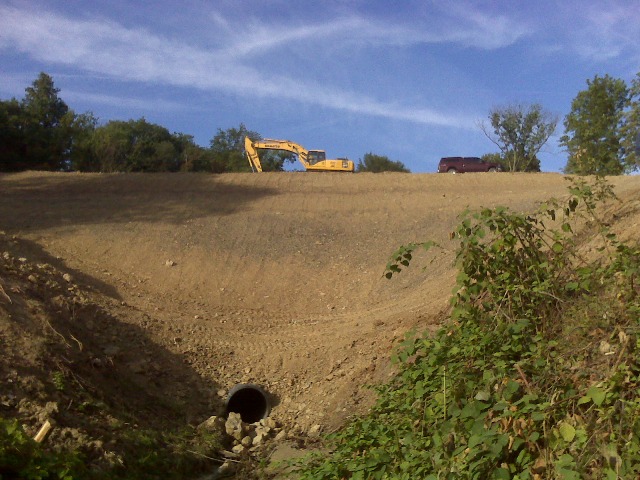 A view of the fill area on top of the hill. This picture was taken before the headwall was cast around the 48″ storm pipe and the rip rap outlet was placed. 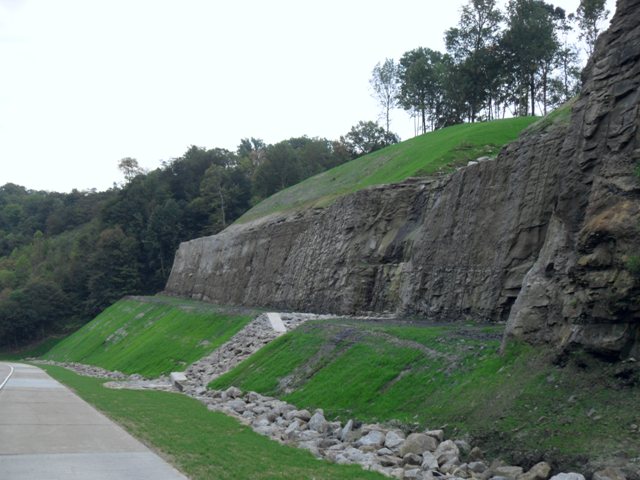 This is a view of the hillside upon completion of the project.